Discovering Fiji: The trials and triumphs of a 50-year school journey

Under British rule, education in Fiji was characterised by a number of commissions often initiated by governors who were not satisfied with the state of learning in the colony.

While many recommendations from these inquiries collected dust on shelves, some shaped several significant policies of the government.

In 1969, on the eve of Fiji’s independence, the Fiji Education Commission (FEC) decided to change the nation’s school structure.

It was subsequently suggested that “experimental” junior secondary schools be set up in selected rural areas.

One of the long term aims of this empirical initiative was to enable every child to have at least 10 years of education up to form four.

Hence, extra years of education were planned for those whose performance indicated they were ready to cope at the higher level.

The FEC recommended that Forms One to Four (Year 7 to 10) be established and that corresponding primary schools be reduced from Classes One to eight to Classes One to Six (Year 1 to 6).

The junior secondary schools were scattered over many rural areas, as well as outlying islands.

They had a practical orientation to assist Fijian education.

According to an article in The Fiji Times, written by Br Fergus Garrett, a Marist Brother and teacher, the following year a remit to the Fiji Principals Association annual conference resulted in a shortage of qualified teachers.

Despite the shortfall, the junior secondary school initiative took off and Fiji parents demanded these schools.

The number of junior secondary schools mushroomed to about 20 in the first two years of operation.

In the Lau Group, on the island of Moala, Yasayasa Moala Junior Secondary School sprung up in 1971, at a time when education started to slowly become politicised.

Sakiusa Tubuna, a 29-year-old headteacher from Suvavou in the province of Rewa was appointed as one of the country’s pioneers junior secondary principals. 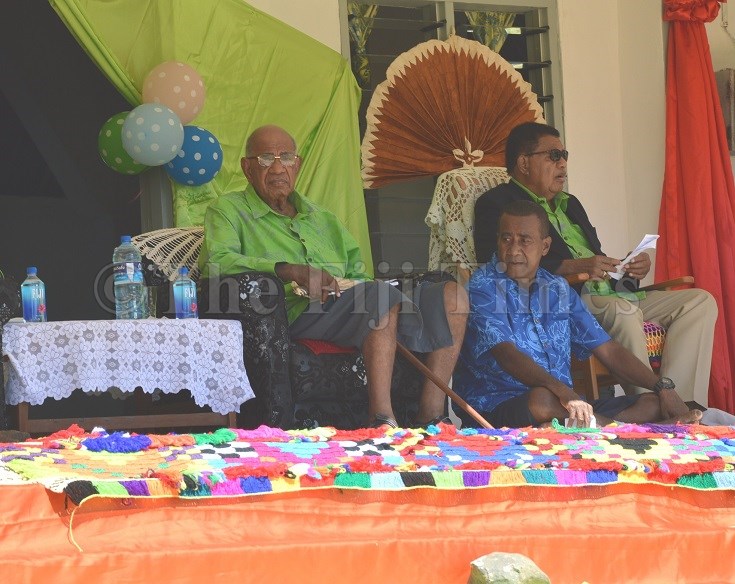 His first posting was YMJSS where he is still regarded as a torchbearer, leading the way forward and taking on his shoulders the burden of developing education for the benefit of the children of Moala in eastern Fiji.

Like any pioneering venture, putting together structural facilities, equipment and other needed school infrastructure from scratch was a mammoth challenge.

Lanterns were used to lighten up those dark and chilly nights.

Meals were cooked using firewood collected from the nearby forest floor. Classrooms and dormitories were thatched traditional Fijian bure.

Though they were a far cry from the education amenities that today’s modern schools enjoy, they boasted superior ventilation and were unique in the world. Their high-raised roof ruled the skyline at a time when cement housing was scarce.

On day one, there were only three teachers available to instil in the young minds of Moala’s children the knowledge of history, English and “New Maths”, among other subjects.

YMJSS was established on a hill crowned with lofty evergreen and overlooking the ocean and a palm-fringed beachline.

One of its most treasured attributes was witnessing stunning tropical sunrises. Students were adequately nourished by an abundance of fruits and vegetables, root crops and seafood gleaned regularly from the sea and nearby reef flats.

“In 1969, the government established junior secondary schools in the eastern division to help control the rural to urban drift at the time,” explained Mr Tubuna, now 79.

“I was one of the few headteachers of the time who got chosen to be among the first batch of principals of our junior secondary schools. I helped set up YMJSS.”

The school roll in 1971 was very low by today’s standards. To beef up numbers, there was headhunting for dropouts and anyone who had an interest in furthering his or her education.

One student named Laisenia Seru, who initially was only interested in studying the scriptures, joined following the teachers’ aggressive persuasion. The “misfit” passed his exams and later on became a senior civil servant.

Mr Tubuna was the chief guest during the golden jubilee celebrations of Yasayasa Moala College, the current name of the school. 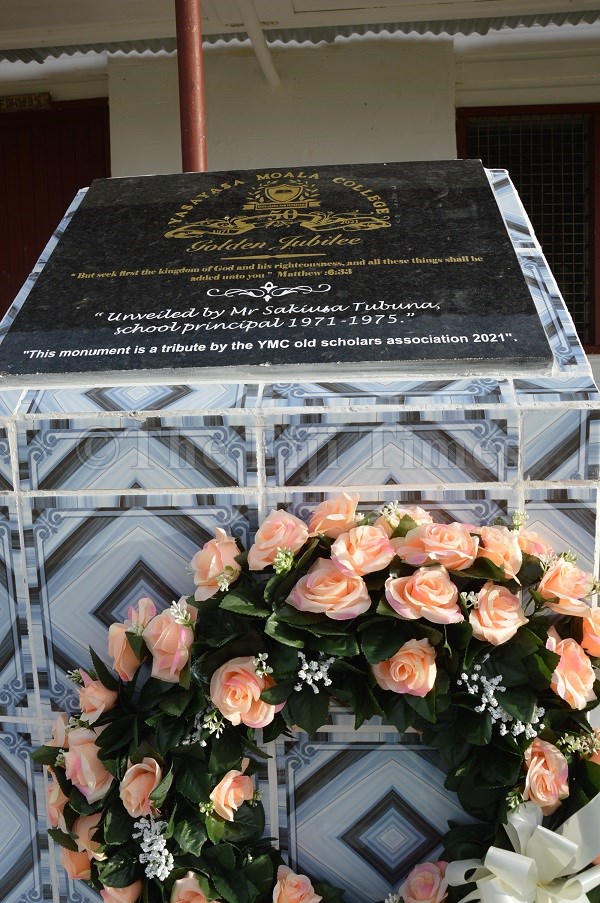 Meeting and talking to some of his pioneer students brought nostalgia for simpler times when technology had no sway in education.

One week before the event, the septuagenarian flew to Moala to acclimatise himself with the school environment he helped groom from humble beginnings to become a beacon of enlightenment for islanders of Moala today.

Mr Tubuna admitted that since his departure in 1975, the school had always occupied a special place in his heart.

His insightful recollection about the pioneering years brought ex-scholars to tears. Those who knew him found words like “decisive” and “stern” to describe the most characteristic reminiscence of his reign as principal.

“Many students will remember me as a tough disciplinarian,” Mr Tubuna said, “but that’s because I wanted nothing but the best out of my students.”

“Corporal punishment was allowed in those days and I used it to straighten my pupils up. I believe because of those beltings many became successful in life.”

In the 1970s, Mr Tubuna’s pupils cultivated vast fertile land beyond the school boundary to grow all plant dietary needs.

The experience that accompanied such self-sustaining agriculture was bittersweet.

Modelled on school farms at Ratu Kadavulevu School, where Mr Tubuna had previously taught, the farm chores at YMJSS were backbreaking and physically demanding.

However, in the end, the school reaped an abundance of food and as a result, students were well fed.

The memories of “sweat and toil” at places like Voavoa, Poa kei Palagi have formed an indelible part of all ex-YMJSS’ life.

“All those gardens were the works of our small hands weeding, planting and pulling all year round in all sorts of climate and challenges,” recalled Dr Eka Buadromo, who was a boarder from 1975 to 1978.

“It taught me the importance of teamwork. When we work together and have each other, no matter how tough the situation may be, we still can achieve.”

Dr Eka made history when she later became the school’s first medical doctor.

Barely one year after YMJSS opened its doors, Bebe struck as a pre-season cyclone in October 1972, killing 18 people and left a trail of destruction from Funafuti in the Ellice Islands through Rotuma and the Yasawas before crossing the western half of Viti Levu.

The natural disaster mirrored the same devastation of earlier cyclones that ravaged Fiji in 1952 and 1931.

The school suffered some setback but like the rising of the Phoenix from the ashes, Mr Tubuna and his school soared to new heights. The year 1972 also marked a time when YMJSS ranked as one of the top-performing schools.

A year later, post-cyclone assessments in 1973 resulted in the construction and provision of slightly better teacher quarters, classrooms and boarding facilities.

Mr Tubuna joked that the school received kind assistance after Bebe only because the people of Moala prepared a sumptuous feast for visiting officials led by a government minister, Jonati Mavoa.

Today, YMJSS has taken the new name Yasayasa Moala College demonstrating how far it has scaled the education heights and ushered in a new era of education in Fiji.

It is made up of 108 vocational and Year 9 to Year 13 students under the leadership of first time principal, Viasi Gukirewa , from Kadavu. He is deputised by his wife.

The school is powered 24 hours a day using solar energy.

To bring the people of Fiji a snapshot of YMJSS’ education journey, The Sunday Times team was on Moala recently to listen to islanders and former students talk about the unique moments and experiences at the school that helped shape their respective careers and futures. 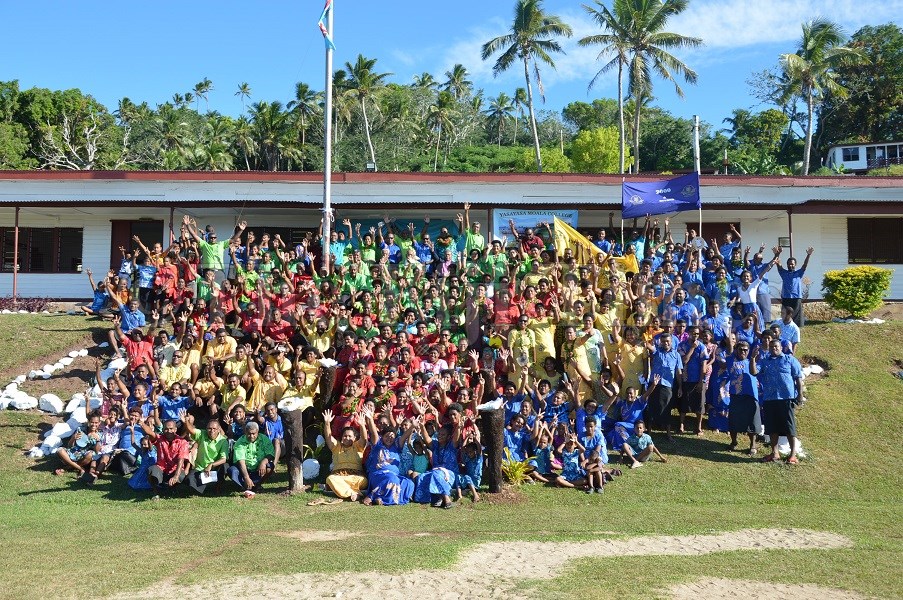 “Don’t forget your humble beginnings. They are stepping stones to greater things and times ahead, said Emosi Lutunaika, who was principal between 2007 and 2009.

Former principal Roko Jone Waqairatu gave an analogy of the school and a nurturing mother.

“Your school nurtured you like a child. When you return home, don’t forget her,” Roko Jone said.

“She gave you knowledge and wisdom and many of you have become church and community leaders, lawyers, doctors and businessmen and women. This shows the depth of her love and care.”

The school has indeed progressed in leaps and bounds but it still has a long way to go to reach the standards needed to be on a level playing field with schools in Fiji’s urban centres.

As a memento of the golden jubilee year, former students (YMCOSA) gave a new lease of life to staff quarters by sponsoring their timely renovation.

“That is just a small token of our appreciation for the tremendous contribution the school has made in our lives, families and villages,” said Adi Sova Vulawalu-Vakacegu, YMCOSA’s secretary. 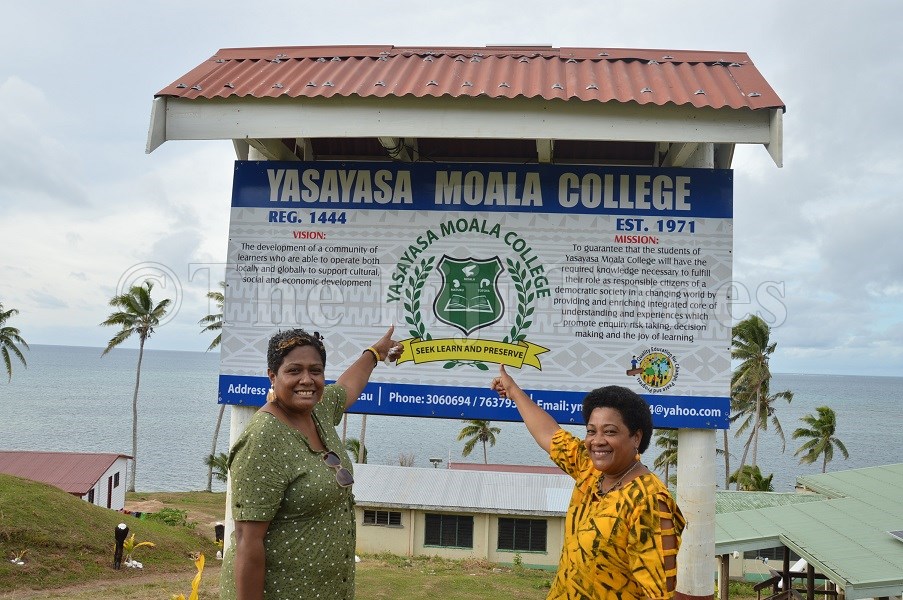 Moving forward, YMCOSA and its branches plan to maintain contact with the school management with the objective of having an active role in modernising and supporting the school.

“I thank all ex-scholars for inviting me to the golden jubilee and I salute all teachers and principals who came after me and continued the same spirit of determination I had when the school started,” Mr Tubuna said.

“Since that first day in 1971, I’ve never forgotten the fond memories I had at the school. I hope it continues to improve and reaches greater heights in the next 50 years. I also hope that when we pass on we will leave behind an institution that all children of Moala who will come after us will be proud of.”

The current principal said the golden jubilee’s theme “Building a resilient YMC” augured well for the future of the school adding that its’ hidden strength was its teachers.

“It’s not the infrastructure, it’s not the kids, it’s not the name of the school but it is the teachers that make the difference in any school,” Mr Gukirewa said

“Despite the locality of YMC, it has been the teachers who made the difference. In the past five years, because of them, our results have been tremendous.”