From the Editor-in-Chief’s desk: Your October 21 briefing

It’s that time of the night again when we go through some headlines that made The Fiji Times’ edition for Thursday, October 21.

But before that, remember we are celebrating our 152nd year anniversary and you can win cash this month. There were 10 lucky winners in September. This month of October, we are offering 20 readers the chance to win cash prizes. All you have to do is cut out the masthead of The Fiji Times newspaper, write your name, address and a phone contact on it, and place this in a bin at a participating store near you. It’s that easy. Turn to Page 11 for details. 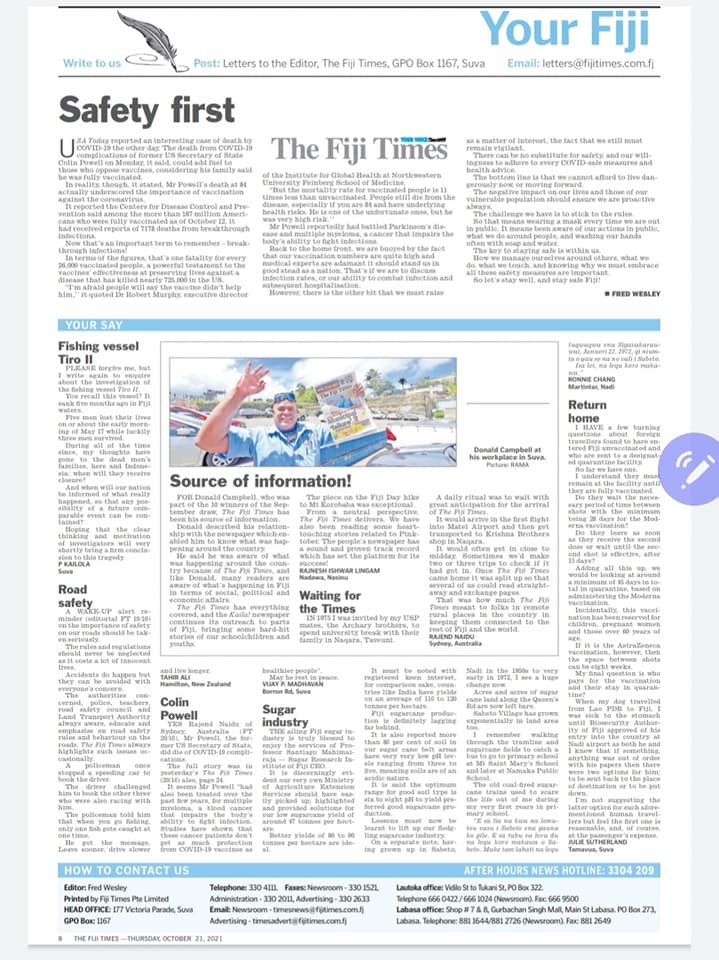 Check out interesting letters on these pages. The leader is on COVID-19, and why we should be vigilant even if we have had two jabs. 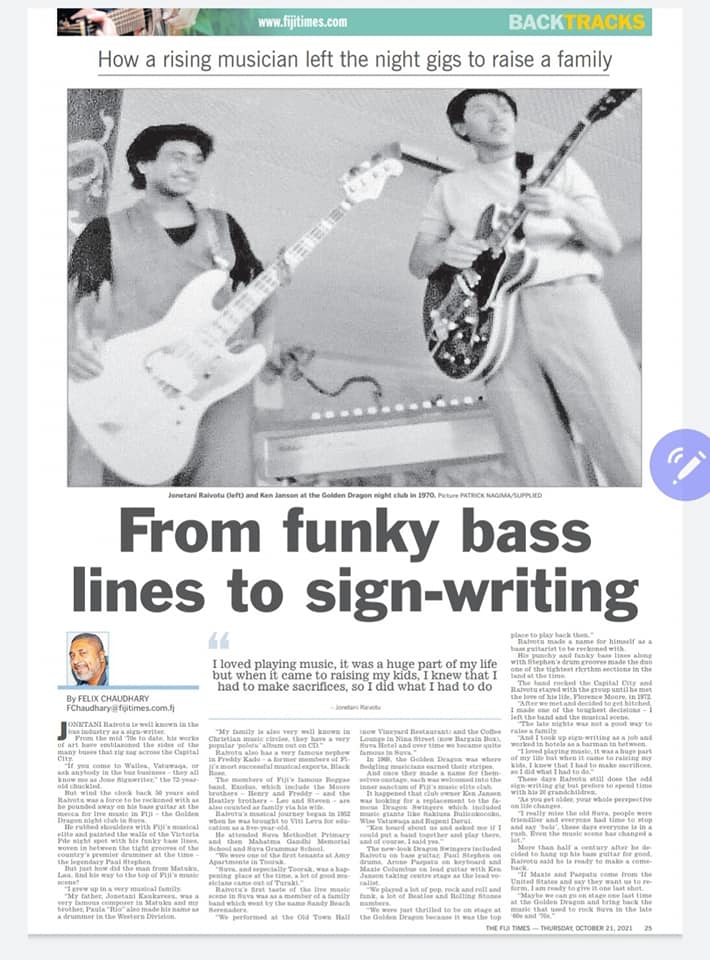 The musical journey continues. Read about: JONETANI Raivotu is well known in the bus industry as a sign-writer. From the mid ’70s to date, his works of art have emblazoned the sides of the many buses that zig zag across the Capital City. “If you come to Wailea, Vatuwaqa, or ask anybody in the bus business – they all know me as Jone Signwriter,” the 72-year-old chuckled. But wind the clock back 50 years and Raivotu was a force to be reckoned with as he pounded away on his bass guitar at the mecca for live music in Fiji – the Golden Dragon night club in Suva. He rubbed shoulders with Fiji’s musical elite and painted the walls of the Victoria Pde night spot with his funky bass lines, woven in between the tight grooves of the country’s premier drummer at the time – the legendary Paul Stephen.

The big one on the back page is about rugby union. THE Fiji Rugby Union is expected to name the new Fiji 7s head coach to replace Gareth Baber by the end of next month. Baber, who guided Fiji to gold medal victory at the 2020 Tokyo Olympic Games, has parted ways with Fiji Rugby to further his career in 15s rugby. He has taken up the position of skills and assistant attack coach of professional Scottish club Edinburgh. Fijiana 7s coach Saiasi Fuli and Fijian 7s captain and double Olympic Games gold medallist Jerry Tuwai, have been tasked to mentor the Fijian 7s program until a replacement is named.