Soli Bula is an indigenous animated short film in its preparation stage and is currently on Kickstarter in a bid to raise funds to help pay for its production.

Filmmaker Meli Tuqota brought together a crew of local Fijian artistic professionals to help bring the animated short film to life in Suva.

With a production, this large, Kickstarter, the online crowdfunding platform for creatives, will help the team source funding to ensure that the film crew is compensated.

The film’s production budget is $14,600, the majority of which will pay the crew.

This week Meli shares his thoughts on Soli Bula and the inspiration behind the film with The Sunday Times. 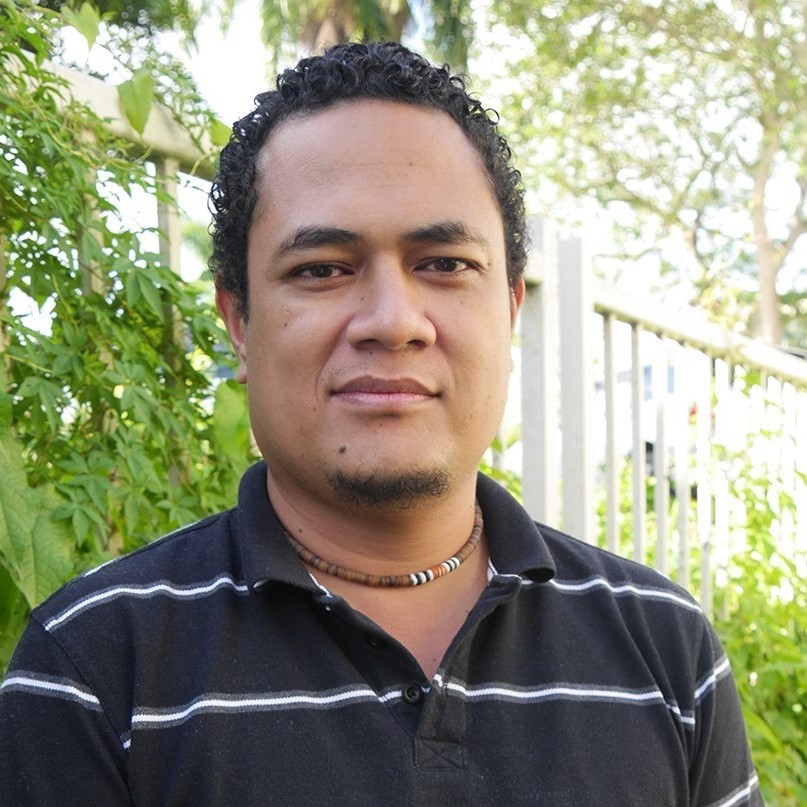 ST: Tell us something about yourself.

My name is Meli Tuqota Jr and I’m a graphic designer/animator by trade. I’ve been in the design field for about 18 years and am skilled in many aspects of design.

ST: How long have you been a filmmaker?

Although I’ve been doing design for a long time, I’ve only just recently begun dabbling in filmmaking, creating my first animated short film in 2019.

ST: What set you on that journey? A realisation that with all the experience and knowledge I’ve accrued over the years doing design work, I thought I should put it to use for my own creative needs.

ST: Your first film – You, the Choice of My Parents. What was it about?

It’s an animated re-telling of the poem by Professor Konai Helu Thaman, with the poem being read in Tongan, Konai’s country of origin and animated on to Tongan tapa, or Ngatu, using Tongan motifs and patterns.

ST: What was the general feedback like to the film from film festivals? The feedback has been positive, with people seeing the short film in places such as Tonga, the UK, Canada and even Finland.

ST: What do you think makes a good filmmaker? Personally, I think a good filmmaker is a good storyteller, who uses the medium of film to tell their own story in such a way that for a moment, you are in their story, you see what they see, and feel what they feel, if only for just a moment. The best ones leave a lasting impression on the viewer.

ST: What is the inspiration behind Soli Bula? I’m interested in the aspects of iTaukei culture, where, as part of a communal collective, we do things together, for the ‘greater good’ so to speak. What would that look like if that was taken to its limits? To give everything, including your life, for the greater benefit of your society. So, with ‘Soli Bula’ meaning to sacrifice yourself, I wanted to see that, in this case, quite literally.

ST: What is the storyline? In an alternate reality Fiji where tradition and culture were never eroded by Westernisation, a Fijian man experiences his last day as a human sacrifice in a traditional ceremony of the launch of a giant canoe.

ST: Why did you choose a film based on alternative reality? However, I needed to depict a lost Fijian practice with the twist of seeing it brought forward to today and viewing it through a modern lens. Since we don’t practice that particular aspect of Fijian culture, an alternate reality was the next option.

ST: You mentioned that Fiji lacks creative film content. Why is this so? I think it has to do with the relatively under-developed film industry we have here in Fiji. Also, technology in way of filmmaking was prohibitively expensive, but with the recent introduction of cell phones with amazing camera quality, the barrier of entry has dropped and been made more
accessible over the years. So there is hope.

ST: Is Film Fiji not doing enough? From my experience, it was difficult sourcing funding from most sources that I thought may have them, which is why I’m turning to Kickstarter to help pay for the production of ‘Soli Bula’. Perhaps a filmmaking grant could be set up to encourage more local film production.

ST: Producing films can be very expensive. Any tips on getting around this? Have friends that share an interest in filmmaking with you, as depending on them to help with production is a sure-fire way to cut costs, crew hiring wise. With regards to cameras, cell phones are actually becoming more viable, especially with their quality built-in cameras and camera lens add ons.

ST: Is collaboration a way around high film costs? It depends on the scope of the story being told. Collaboration can be a way to share the burden of creation, but if production demands are large, costs will inevitably go up.

ST: Is having a film-making course at the university level a solution? It can be. But it would help if there were a healthy film industry for students to get a job once they complete their course, so some work would have to go into building a viable film scene as well.

ST: Why and how important is having indigenous Fijians to tell their own stories and produce their own films? Taika Waititi said it best when he received his Oscar for best-adapted screenplay, ‘We are the original storytellers and we can make it here,
as well.’ The Pacific cultures are oral-based, with stories and legends forming the basis of our traditions and cultures. Who better to hold an audience’s attention than our cultures who do that as our way of life?

ST: Any advice for aspiring young Fijian filmmakers? There’s no better time to start being creative than now. Also, YouTube
is your friend. I’m literally learning everything from watching Youtube tutorials.

ST: Any last word? Please support local filmmaking and the funding of ‘Soli Bula’ by either contributing via Kickstarter or sharing the link with your own networks. For any additional questions, please email solibulafi lm@gmail.com