Toroca creates songs to give hope

Christian hymns are written as prayers, petitions, praise, and thanksgiving, or promises of commitment and it often tells a story.

As a young kid who grew up in a church setting, Sailasa Toroca was familiar with the hymns he engaged within the church with his late paternal grandmother, Tuvou Ratavola.

He said his grandmother was a choir leader at the Methodist Church in Deuba Village.

Toroca said he was a teen who was so fond of following his late grandmother to church.

He said he believed that his love and passion for Christian music originated then but he was unsure about his talent for composing Christian hymns.

He also said his passion and interest remained because he was brought up in a Christian home and his father was a pastor of a local church.

He said he was able to discover his talent of composing music when he was going through a moment of uncertainty months after Severe Tropical Cyclone Harold wreaked havoc in parts of Fiji and also the news on how this pandemic had affected the lives of dozens of Fijian families started to make headlines.

The Vunaniu lad from Serua said no virus could silence our praise and so he particularly wrote the lyrics of the songs using his mother tongue and it was written with so much passion and beauty.

“He will not fail me, nor will He abandon you, and He will never let us down,” he said.

“He moved mountains before, and He will do it again.”

The song, he said, also reminded us that in our dark and difficult times, recalling the words of this song could help support and sustain someone in need.

He said the hymn could bring comfort in sorrow and while it cannot change your situation, it can help change your perspective and bring hope.

Toroca said he was living in Navua with his family during that time and he was on his way to Navua Town to purchase a few basic food items and this was days after STC Harold made landfall in parts of Fiji.

He said he only had a few dollars with him and he was on his way to Navua Town to purchase some tinned food supplies, torch battery, and few other basic items for his family and he went without telling his family that he did not have enough cash with him.

Toroca said he remembers praying a short prayer in his car saying turaga kemuni kila vica nai lavo tiko qo noqu taga, kemuni na kalou dauveisotavi au sa kerei kemuni mo ni na takoso (“Lord you know how much money I have in my pocket but I know that you’re a God that provides for those that seek and here I am seeking for your divine intervention.”).

He said he got out of his car and was humming parts of the lyrics to the song while walking to the ATM to try and withdraw the last money he had in his bank account.

To his surprise, he said he noticed that his bank balance had an extra amount of money and it was also sufficient enough for him to purchase all the basic food items for his family on that day.

He said on his way to the supermarket, the song lyrics automatically entrenched in his soul and mind. 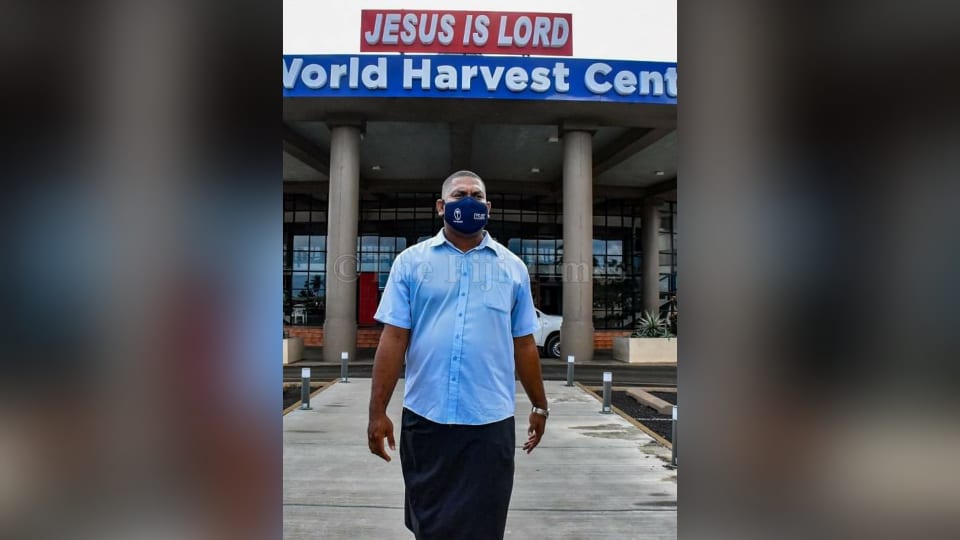 Toroca said he was able to finally note down the full lyrics of the song when Fiji started recording COVID-19 cases and also a time when thousands of Fijians were sent home, unemployed after airports, hotels, and certain businesses closed down last year.

He said during this unfamiliar times, God had given his people a familiar gift and just as the Bible stated that the psalmists instructed God’s people to sing in every circumstance.

“If listening to music is healing to the soul, then singing is like a resurrection— it brings life to dead places in our hearts.”

He said he was a living testimony on how God gives voice to our joys and our fears, and it reminds us of truths that are so easily forgotten during anxious times in particular that “God is our refuge and strength, a very present help in trouble”.

Toroca wrote and released an additional 10 Christian hymns around July last year and it was sung by three teenagers who are part of a music group called the “CMF Gospel Sensation”.

He said he decided to release his song to the group to sing it because he was busy in church doing live stream recordings and he had no time to record the songs he had just composed.

Toroca said the lyrics of the songs that were recorded were also centered on how anyone can approach the throne of God with confidence to find help during a time of need and also to share their joy with God.

For Toroca, he hopes to compose more local Christian hymns which would at the same time win more souls for God’s kingdom through worthy singing.

He has also stressed that God’s people need to continue singing.

“We might not be able to visit our families and neighbours, but we can sing the love of God to a world filled with fear,” he added.